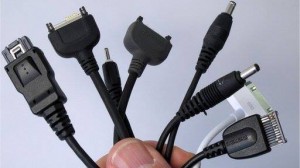 The Europe council of ministers has drafted a law which back a regulation that will force smartphone manufacturers to use just one type of charger for smartphones. The regulation will help consumers and cut down on the huge amount of electronic waste produced annually.

The regulation is expected to turn into national law by 2016 and afterward manufacturers will have 12 months to switch to the new design. The council has preferred the uses of micro USB connector which is already in use for many handsets and other electronic gadgets to make it charge. The council will monitor a common charger used for smartphones by 2017.

In a statement Barbara weiler said “This serves the interest both of consumers and the environment” and will end a charger clutter of 51000 tons of electronic waste annually. Barbara weiler is German politician and member of the European parliament.

Apple is among the few manufacturers that produces gadgets with proprietary power port. Also, Apple is one of the original signatories of the agreement and they are yet to respond to the agreement.